Habits, mindsets, and behaviours are all significant parts in crafting one's present and future.

Growing up, Sam's life was full of hand me down clothes, toys, and shoes that were worn out by two kids before he got them. Even worse were the beliefs and habits about money his parents passed down. He is the 7th of 11 children, with a big family and parents who were pizza hut drivers. His family lived off of old pizzas. The life came with a lot of stress, his mom was either pregnant or breastfeeding for nearly 24 years straight through, and their financials weren't ideal. None of the "experts" teach you the difference between the mindsets and habits of poverty and Legacy, they ignore the causes of poverty and focus on how to survive it.

Sam has gathered the foundational financial habits, mindsets, and behaviours of Legacy Building then uniquely coded them into tested processes and systems to establish a solid foundation for anyone to build their Legacy.With the primary mission of saving marriages from divorces, anxiety, depression, and abuse, he found out one of the common reasons across the board was their socio-economic status, i.e. how well does somebody understand money and dictate all these social issues. In his late teens, Sam decided to major in Psychology and soon switched to neuropsychology to get a better understanding of the human brain and behaviour. During all this research, Sam was working a door to door salesman job. He noticed, with a typical job and a background of money scarcity, people tend to fall into a debt cycle: you don't quite understand what to do with all the money you've earned and tend to blow through it all, having to work harder to gain all the money lost - An endless cycle of living paycheck to paycheck. Sam's passion is to teach 21st-century financial habits to those hungry to reach the next level in their lives by establishing foundational beliefs and practices that transform the average experience into a legacy of meaning.

The Legacy We Build

Sam has been mentoring families and entrepreneurs on the money mindset for seven years and has seen massive transformational results. You start with what you want to become, "money is not the end goal, but money is a natural reaction of you adding your value where you value it."

He loves to see people dig deep into themselves, learn to overcome their fear, and fully express their biggest dreams. Sam's passion is to empower people with the financial foundation to create a meaningful legacy. As he's assisted his clients through establishing foundational mindsets, Sam has seen peace come over their lives, the twinkle in their eye is back, their confidence in their future, and are satisfied with the Legacy they are building. Once you figure out your identity, you can figure out your financial approach. Sam has been raised to live off what you had kind of budget rather than a cost budget, so learning that lesson the hard way made him realize the importance of understanding and spreading money.

Money has always been seen as taboo, so how can one overcome the stigma around money and spread knowledge? Sam states that the issue of money is closely associated with the emotion of guilt, due to our religious upbringing:

Sam realized that the more light he could shed on the topic, the less scary it becomes, the more normalized it becomes, and the more people are willing to learn about it. To overcome that, one would have to go back to the root of the problem, delve into the subconscious brain to establish those foundational beliefs and habits that can transform the average life into a legacy of meaning. Sam states that there are two ways one could build those foundations:

To understand the entire reprogramming process, take the example of a scene from The Bug's life: They're all walking in a line, and this big leaf falls. Rather than dropping what they were doing and move the plate, the older ants made the whole train walk around the leaf. This is a classic example of avoiding pain; your brain's primary objective is to prevent pain. So the issue we have when trying to identify these problems is that your mind doesn't want you to access those memories. Because if you access that memory, it's like directly running into pain, which is the absolute opposite of your brain's primary function. So you have two options: either you have to get to a place where your brain can recognize that it's in a safe enough area to remember that and reprogramme itself. Or you can use the help of somebody like a Neuro-linguistic programmer or hypnotherapist to help short circuit the brain, so it doesn't recognize the pain and goes right in. Reframing is super important, and if you're not comfortable with Neuro-linguistic programming, and aren't ready to go into the painful experiences just yet, just start doing it daily.

This is something Sam did to reframe his brain to build those much-needed foundations. Today he's always seen as a positive person, "nothing gets him down," but that's not true at all. He reprogrammes those adverse events at a subconscious level that his reactions portray positivity. "It's not about changing the scenario but reframing the way you view the world," and he does this by asking himself these four questions:

To better help how this reprogramming can help build "the money mindset," we will look at the questions with a money perspective:

The situation is - I'm in debt:

When you're asking yourself these questions regularly, you tend to subconsciously reprogramme your brain to be successful and take a productive step toward your Legacy. So when you look back on the situation you faced in the past, years later, the memory is so twisted from reality, that you can see your progress laid in front of you. Every time you look back into the past, you look back with a new lens - the lens of where you are today, rather than where you were when it was happening. The blessing in that is your progressive improvement to where you are today, and the lens you view everything through is the result of gratitude.

Why You Shouldn't Have a Budget

Sam believes that having a set budget is one of the most common ways people end up losing more money. Having and sticking to a budget has to become a priority in one's life to succeed genuinely, but it doesn't become a priority until it has to become a priority. When they talk about a budget, most people talk about a "diet" in money terms. And like most diets, they're going to relapse and end up in a financial situation worse than where they began. Because they can't handle not spending, they will take their credit cards and blow it on something crazy because they were so restricted before. Therefore, Sam thinks of the budget, not as restraining but tracking you're spending. Sam recommends Mint.com as the best tracking system to help with your finances because of its plays on your psychology to help you start on the right path. When you're in the budget - its green, nearing the store - it's yellow, and over the budget - it's red.

We've all been trained to go off the green, yellow, red, and it's not like a new concept. It's dealing with your psychology, using it at our advantage, while tracking how far ahead or behind you are based on your selected financial plan. After you start to follow "the budget" and understand your cash flow, your next step would appreciate your values because money is nothing but a monetary exchange of value for a non-monetary item in return. So you have to ask yourself, do I value the thing that I got in return for this money? But until you know where you're money's at, you can't make a value judgment. Once you get the concept of a cost-based budget system and track the percentage of your average income taken to live your life, you can start saving to become wealthy and financially free. "Starts with satisfying those basic needs, then it's a lot easier to think about "Oh! What do I wanna be remembered for?" and start thriving rather than just surviving." 〜 Sam Knickerbocker
‍

Even with a sound financial plan, Sam states that under no circumstances should you have all your money in one place. "And so if you aren't aware of the value of things, that's where you're going to lose the money game." 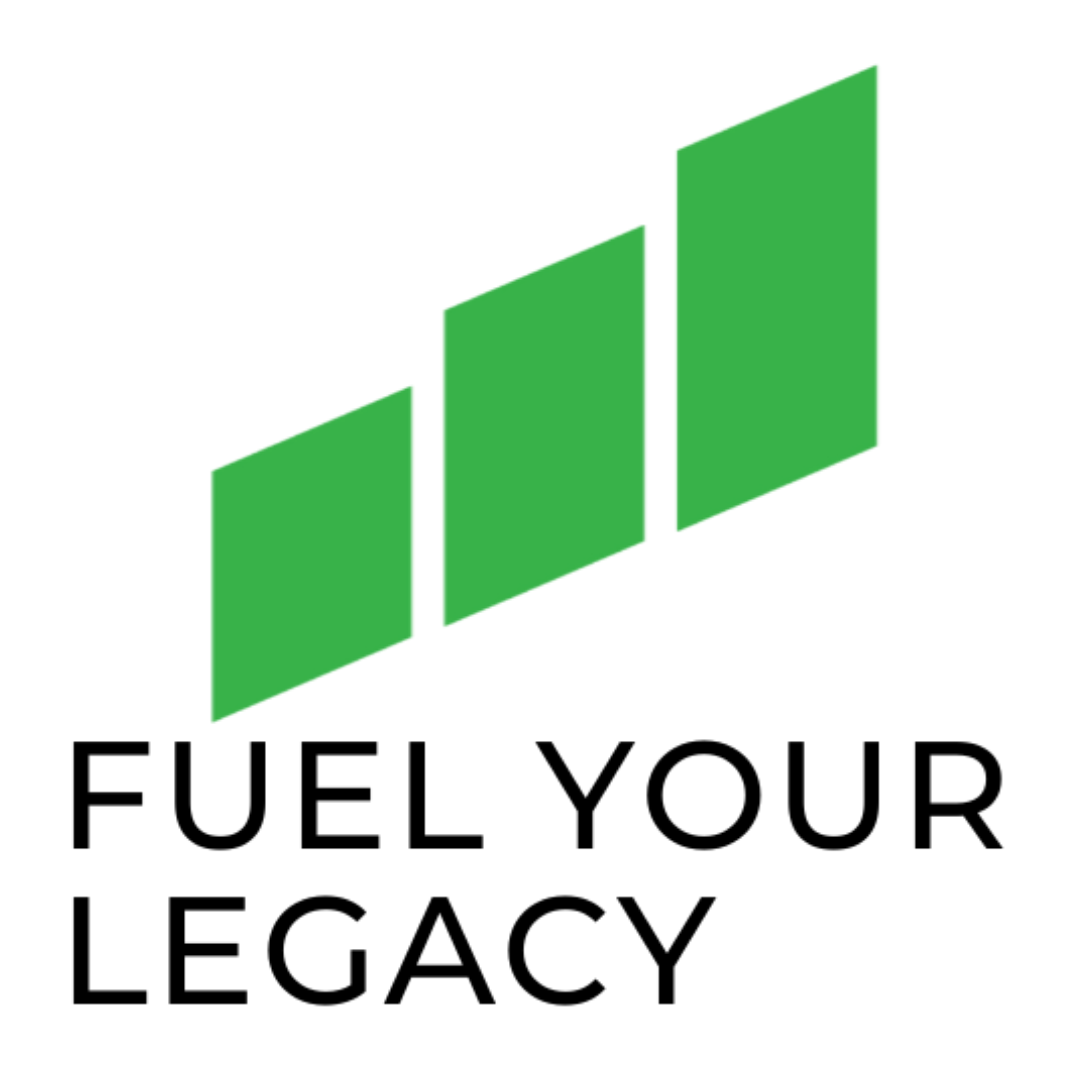 Sam Knickerbocker is a wealth transformation coach, author, and host of Fuel Your Legacy, a podcast where he takes a deep look into the mindset of Entrepreneurs. He specializes in 21st-century financial strategies focused on helping build your legacy through those foundational habits. His passion to empower high achieving men and women with the financial foundation essential to maximize fulfillment in their lives and create a legacy.