Founders Interview: Turning a Youtube Following Into a Business with Christian Zeron

What is your background as an entrepreneur? How did you get started in eCommerce?
Christian is a 24-year-old entrepreneur. He got into eCommerce when he was in college simply because it was a secure platform to access. Halfway through grad school, he realized that this point the mandate to be successful in the private world was not exactly his thing. Working for himself, pursuing something that he was passionate about would probably have higher viability of success. So he asked himself, what am I passionate about? That's when he found watches, which is the business that he is in now.

What initially sparked your wristwatch obsession?
Watches were never a centrepiece of conversation in his family. His father had gotten a Rolex for his 40th birthday, and he recognized at that point that can be cool. But his passion was, in many ways, a product of John Mayer's obsession with watches.
He started reading on watches about 18 months before T&H launched and, while extremely passionate, Christian thought of himself as unqualified to buy vintage pieces at scale.

‍
Your Journey with T&H is quite impressive; what's the story behind the inception of the company?
T&H started from an innocent wristwatch passion. When he started the company, he was confident that it could become something profitable. That being said, the company was profitable for about a year and a half, but that doesn't mean Christian lost any money.
It's a treacherous business - there are millions of dollars to be made, lost, and stolen. When Christian started in the market, he invested all the money he had and bought $10,000 in inexpensive, unsexy watches.
Theo & Harris' business plan was one that wasn't original: Buy watches, take beautiful pictures, post them on your website, and promote through social media. The entire model was based on the existing players in the marketplace. However, Christian had one point of differentiation - a command of social media.

What is the essence of a high ticket vintage watch?
'Vintage' is typically classified as 25 years or more, but Christian says that any item representing an era with real distinction is considered vintage. The principal, he says, is finding things that represent an era practically and holistically. There are beautiful watches on the low-end spectrum, as well. Christian has recommended a $50 Timex to some of his closest friends. That being said, as with all things, often the more complicated items, have more to talk about. There's more technical masterpiece going on. Christian was endlessly interested in reading about technological development and the story behind them and what went into the design.

I am growing a platform over a million organically.
The number one, consistency, is key to creating a vlogging presence. If you're going to build a significant online presence, you must be willing and able to put out good quality content consistently. Figure out what your audience and you love and create a consistent flow to build an audience. The second thing is being self-aware, listening to your audience, being aware of what they want, and balancing that out with your goals. This will help you streamline your content to your goals. Lastly, create good content. Christian states that having the right underlying message that connects with your audience is part of creating useful content. Even with content that can be received as objectively lower, messaging helps perfectly tie the causal tone carried with most vlogs. Messaging that is honest, educational, and relatable and that speaks to your target audience is a great way to connect.

What is your approach to the content you put out for your audiences?
'Theo and Harris' are distinguished by their substantial online video presence. Their videos have set Theo & Harris apart in both the competitive and high-end watch market, with content that is highly accessible and fun to watch. Watches are part of a niche and watch enthusiasts aren't very common, so connecting them through vlogs and videos made sense. When the company started, Christian got into vlogging specifically because they didn't have the budget or experience their competitors had. In the beginning, Christian wasn't as educated as he'd like, but the new route into the market set them apart and developed their voice.In terms of traffic, Christain states that casting a wide net is essential while keeping and presenting up to date content on the watch industry. Even though they sell exclusively vintage watches, their vlog content focuses on all things watches.

How Christian approaches clients
T&H's content, on YouTube, aims to both educate and entertain. They bring value to the watch community free of charge, do it on a consistent, professional schedule. In turn, it grows not only the size of the base but traffic in their retail shop. Now, Christian has over 83.9K subscribers. YouTube brings about 60% of its social media referrals and, without a doubt, the most dedicated T&H fans.YouTube allows Christian to develop personal relationships at scale. In luxury products, trust is paramount. Introducing their audience to not just their opinions and shop but to the people behind the company, their interests and values, which they do every week through live Q&As, vlogs, etc., has given Theo & Harris real personality.
That's what makes Theo & Harris a meaningful player in its market. People would miss them if they were to disappear, they'd feel like they lost a friend.

You've had some failures along the way, how have you used those moments to pivot your brand towards success?
For quite a while, Christian had been quite comfortable leading the company. He's comfortable being alone but surrounded by those who support the company. In the beginning, the first few years, Christian was desperate to find a partner. Someone who could bring on capital and necessary skill. Someone that he could share in the pain with, sharing the loneliness with, and it was such a wrong decision. Christian never took on a partner officially. Those exploration processes were disastrous. They cause such turmoil at the company. It created an argument. It was a disaster; it was a waste of time. He would say that his pursuit for a partner, which ultimately wouldn't have even fixed his loneliness at the time, was probably one of the worst decisions he'd made.

What are some of the lessons that you learned through that? What do you do differently now?
Christian learned to be more comfortable owning the decisions and owning those good moments and bad moments, but even more so, being more connected to those people he works with. With a team, Christian is entirely connected to the people that he works with. They're not partners per se, but they go through the entire experience together. At the time, Christian didn't quite understand the importance of a team. But now that he has one, Christian wouldn't trade them for the world. He can get on the phone with Aaron, the webmaster, or Anna, who's the director of advertising, both being one of his closest friends. It's such a great feeling to find that relief, speaking to people that you do work with instead of ruining it by trying to make a bad relationship, poisoning a relationship.

You talk a lot about advertising T&H, could you share a few insights on your marketing?
Christian started the retail business a few years ago. To sell more watches, he decided to create great content on YouTube, create a community. The community, later, turned into a marketing tool they did not expect. Through their content, they were building trust and viewership. Youtube is an attractive medium for an advertisement for other brands. Whether that brand is in shoes for argument's sake or that brand is Rolex, they want to reach T&H's fans. If Christian can broker a deal if they're compensated, but even more critical that they can deliver honest, informative, valuable, enjoyable content on Rolex's behalf delivered to their audience. There are millions of dollars in that. There's more money in that than there is in retail. 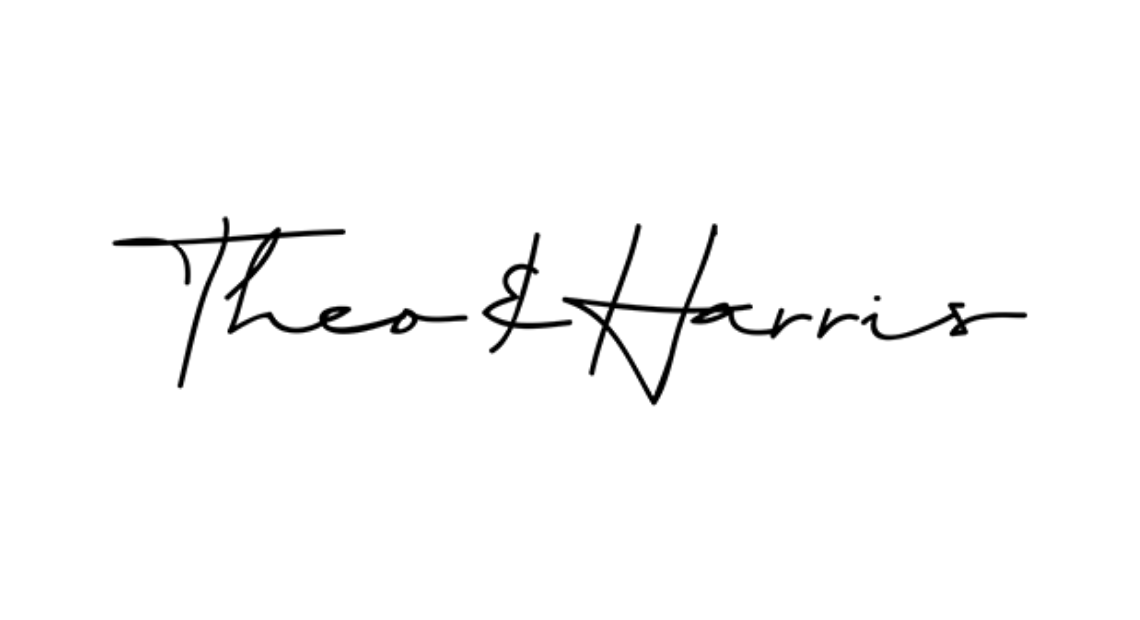 Christian Zeron a young entrepreneur and owner of “Theo and Harris”, a Vintage watch business. Always having a knack for entrepreneurship, Christian shifted his future from Law to collecting and selling vintage watches. In 2015, Christian launched his blog-space and started publishing his thoughts on the wristwatch industry. Soon changing his focus to passionate and diversified video content in the wristwatch space; the T&H blog immediately became the T&H vlog, they reached over 1M views in months and grew their retail shop beyond all borders.