From Bold Fashion Choices to Thriving Entrepreneur with George Laboda

What initially sparked an interest in fashion?

George grew up in a small town called Erie, Pennsylvania. They were about an hour and a half from any significant "cool" cities, so there wasn't much in terms of fashion. For example, one would get excited to get Abercrombie & Fitch or an Old Navy for the first time. While growing up, he didn't exactly have that New York or LA sense of fashion, but he found his niche, working with what he had in a small town.

Growing up, George was an emo kid; he wore girl's jeans back in 2002/3 because no one made slim fit jeans for boys since then. He rocked that style for quite a while until he transitioned to his class. Style is transcendent of Genres. If you care about how you look and you want to fit in a particular genre, like the hardcore, you wear tight black jeans and the right shoes. There's a uniform that goes with it, and then you expand from there—experimenting with standing out from that uniform.

The initial spark of George's interest in Men's Wear

George had a lot of different friend groups, from BMX biking and hockey to punk rock music. So when he was playing hockey, George had to dress up and wear suits complete with a tie to every game, that's where he got the Men's wear aspect of fashion. He cared about style throughout and wanted to look good no matter what he wore. When it came to Men's wear, during early high school, George copied what high-end brands were doing to mannequins with what he had, to express that feeling of what he thought was cool at the time. George soon realized that retail stores don't necessarily have the best grasp on the Men's wear aesthetic, depending on what you were looking for. You can even see that as you go deeper into America, between LA and New York, the fashion is very similar, with its own pockets of flare on the right aesthetic.

Going from Erie to LA

When it came to deciding his college major, George settled on Pottery, which was very quickly denied by his mother. He switched paths and joined a film school, with a plan to make movies, work on TV or do something out in California. The sound of the warm California weather was what influenced George towards Long Beach university. He visited the state for a week, fell in love with the atmosphere, beach, and people. George then committed to moving across the country right after high school.

Studying at Long beach, George majored in film production with a focus on editing, as it was his main passion at the time. During his degree, he interned for Discovery Channel, who hired George as an assistant director for Tech Toys 360, soon after his graduation. This was an experience he could never forget. As a small kid from Erie, being 22 and working with the biggest names in tech like Ferrari, really stuck with George. Who became the head editor of the show after the second season.

The inception of Atlas & Mason and Gent's Lounge

Working in Discovery had a direct line to the beginning of the Atlas & Mason and Gent's Lounge when they shifted the production from Silver Spring to New York. George started Atlas & Mason when he was still working in Discovery. It began as a creative side project, a clothing company that he had total control over. As the head editor, George kept getting "advice" from producers on how things should look and be edited. He started to feel less like an editor and more like the hands responsible for someone else's vision.

Therefore Atlas & Mason started as George's need to have his stamp of approval on something. Without a large budget, they originally started with a 'one size fits all' concept. That mostly consisted of products like belts, wallets, pocket squares, and more along that line. This is actually where Gent's Lounge came into the picture; it was initially the blog for the clothing company. The idea was when you visited Atlas & Mason's website, Gent's Lounge would be a separate section that had advice, tips, and tricks. A smaller version of what it is today.

How did Gorge get Blake Scott to work with him

Back then, George had run Atlas & Mason for about two years, as a promotion, he decided to throw, probably, the first-ever "blogger brunch" in August 2013. He put together a paid event for LA bloggers and a couple of his friends. At the time, Black had about 7k followers on Instagram, and George was a fan; he strategically placed Blake next to him to connect. They didn't meet again until December, at a mutual's Christmas party. This was where George pitched the idea for Gent's Lounge, where he would make the content, and Blake would bring his 25k followers (at the time) to the platform, a 50/50 deal.

It's quite impressive how a project that started as a content marketing ploy turned into a full-time business. And that's precisely what happened with Gent's Lounge. The popularity continued to grow, more than the actual brand - Atlas & Mason. He started Gent's Lounge back in 2014 and went into it full-time a year later. During its first year, George worked as a valet, doing Gent's Lounge and trying to keep Atlas & Mason afloat. By 2015, he made enough to pay his rent and pay all the bills.

It soon became the main business, the cash cow; Atlas & Mason was put on hold, a decision that George is still a little hung upon. He plans on bringing his creative outlet back soon. George explains that one would learn to pivot towards what's working in a business, and at the time, it was the content of Gent's Lounge. Of course, it can also work the opposite way, for example, with the Gentleman's Gazette, where the website is pushed more because that's where the revenue is. They even stated that the income from the website took over their YouTube channel.

Gent's Lounge only works with companies they believe in and use daily. A lot of the brands that grow to the stage Gent's Lounge has, tend to start throwing promotions at their audience, but George strongly goes against that; many companies have sent them multiple products that never make it on the channel simply because they don't believe in them. Many of their fans have even reached out questioning why they only promote with positivity, and George's response to that is, "I just won't talk about them if I don't like them, it's not my position to be like 'these are terrible products.'"There's a lot that comes with integrity. It has helped Gent's Lounge build that credibility and reputation that makes them the go-to for any fashion advice. 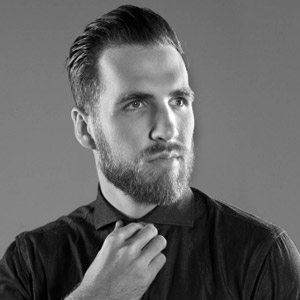 George Laboda is the founder of Gent's Lounge and Atlas & Mason. He is known for his popular YouTube channel (143k subscribers) and Instagram page (478k followers). He and his partner Blake Scott are known for making a platform that’s a classy space for all things modern and gentlemanly; right from grooming your beard right all the way to stocking up on the right wines, they give you a true crash-course on living life with sheer class.